Here to enrich, engage, and support in all things Cortex. Erin Mote is the Executive Director of InnovateEDU and co-founder of Brooklyn Laboratory Charter Schools (LAB). She leads InnovateEDU and its major projects including the development of Cortex, work on data interoperability, an urban education Fellowship to diversify the teacher pipeline, and supports for LAB's growth. Her work spans private sector collaborations and groundbreaking initiatives with Intel, Cisco, Google, and Mozilla, as well as work with leading US government technology partnerships. Erin served as the founding Chief of Party for the USAID Global Broadband and Innovations Alliance and has worked on numerous projects with the US Department of State and the White House. She lives in Brooklyn with her husband Eric, her son Robert, and her daughter Clare and bleeds maize and blue as a graduate of the University of Michigan.

Eric Butash is the Director of Digital Programs at InnovateEDU where he oversees the digital programs and initiatives including Project Unicorn, Landing Zone, Cortex, and the Data Viz Starter Pack. Prior to joining InnovateEDU, Eric served as Director of Operations at the Highlander Institute, and was responsible for the design, creation, and operations of various information technology systems as related to implementing the Highlander FUSE model for blended learning. He also spent 15 years in various technology leadership roles across K-12. He currently serves as the Sr. Advisor to the K12 National Advisory Council on Cybersecurity Executive Board, CommonSense Media National Ambassador and treasurer of RISTE (Rhode Island Society of Technology Educators) Organization. He has worked with RI Department of Education on various statewide initiatives, including Erate 2.0, Wireless Classroom Initiative, Ed-Fi Data Team, and many others. Eric has a degree from Penn State University and lives in Rhode Island with his wife and two boys. 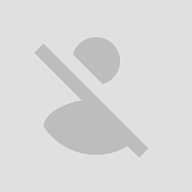 Briana serves as a Project Manager for the Cortex platform at InnovateEDU. She has a Bachelor of Fine Arts in Visual Studies from the University of North Texas and has worked in various creative and educational institutions. Briana's latest endeavor was at the Rubin Museum Art where she created and implemented various workshop materials and planned cultural community events with the School and Family Programs team. With experience in art education and a passion for community engagement, she is intrigued with the development and design of educational platforms. Briana is looking forward to increasing accessible curriculum and convenient/user-friendly web design.